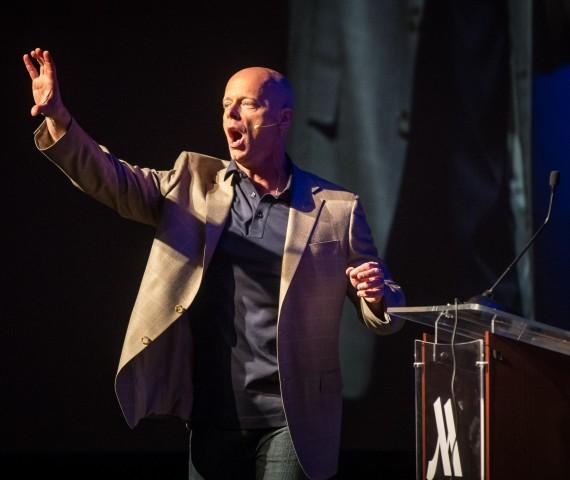 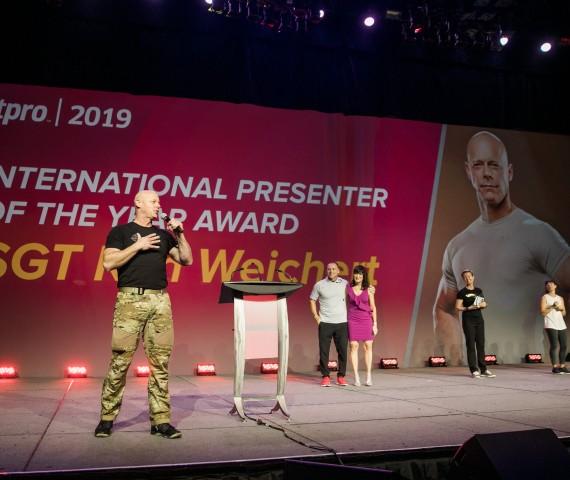 SGT Ken® is an award-winning international master fitness presenter. He has trained instructors in Canada, Dubai, Lebanon, Singapore, India, China, Thailand, Taiwan, Philippines, Saudi Arabia, Malaysia, Mexico and Guatemala and more. He's also been asked to train the U.S. Military and elite military forces abroad. SGT Ken's proprietary method of teaching is steeped in exercise science and Fitness Theater—its interesting, engaging and inspiring. His courses give his participants the credibility they need to start or expand their programs and to establish themselves as community leaders. 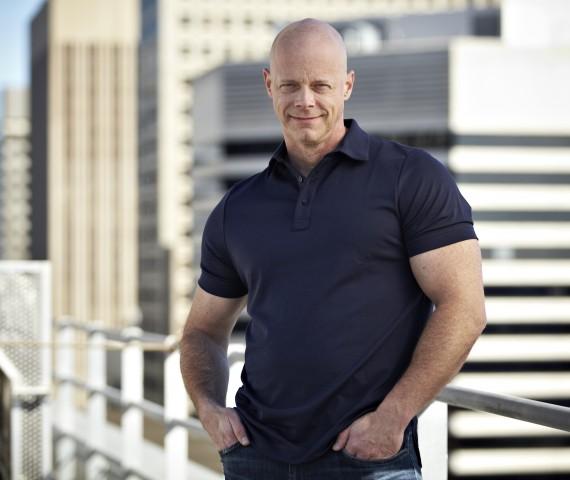 Ken Weichert (aka SGT Ken®) CSP™, USA-MRT, USA-MFT, ACE-GFI is an award-winning international speaker, six-time US Army Soldier of the Year, Master Fitness Trainer, Master Resilience Trainer, Counterintelligence Agent and decorated combat veteran. Ken is a CSP™ (Certified Speaking Professional), a member of the National Speakers Association, and a graduate of the John C. Maxwell Coach, Teacher, Trainer and Speaker Course. Ken has trained over one million Service Members and civilians through Operation Fit to Fight, has written over 100 articles for GX®, Backpacker®, Outside®, Health®, and created the Operation Family Fit video series and family fitness kits for the Air National Guard. Ken was awarded the Canadian Fitness Professionals (canfitpro) 2011 Best New Presenter of the Year, the EMPOWER Fitness 2013 Male Presenter of the Year, the IDEA WORLD 2016 Fitness Instructor of the Year, the EMPOWER Fitness 2017 Inspiration Award of the Year, the Canadian Fitness Professionals (canfitpro) 2017 International Presenter of the Year, has been featured numerous times on ABC, CBS, NBC, Fox news, and continues to serve as a host for the Fit for Duty show on the Pentagon Channel. Ken was awarded a Letter of Appointment by the Chinese Government, naming him the Ambassador of Health and Fitness for the city of Changsha. Ken was awarded his tenth Army Commendation Medal for creating the Warrior Fit Camp program for the Tennessee Army National Guard Suicide Prevention Task Force, helping thousands of Armed Service Members turn stress into strength and obstacles into opportunities through physical and emotional resiliency coaching and leadership training.

Use the contact form to send SGT Ken® an email. Describe your business needs. (Or call 415-225-5715 for an expedited response). We will respond with options that fit your specific requests. We will send you a contract based on your requests and budget.

“ Ken has been an incredible asset to me as I′ve created and edited content for the National Guard′s website (www.NATIONALGUARD.com). His knowledge of all things military--along with his strong background in recruiting and presentation--has always been matched by his willingness to share and articulate his experience.

Ready to get in touch? Just fill out the form and someone will be in touch shortly.